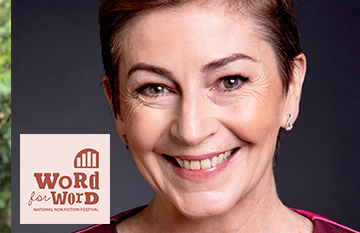 REBEKAH ROBERTSON – ABOUT A GIRL

In 2000, Rebekah Robertson gave birth to twin boys, George and Harry. But as they grew older, their preferences began to show, and by the age of three it was clear Georgie was drawn to anything that was pretty or had a skirt that could swirl. Rebekah and her husband united in their determination to help her live freely and fearlessly. Their case was the start of the long road to justice for transgender children in Australia and became the basis of the 2013 landmark decision to remove the Family Court’s jurisdiction. This is Rebekah Robertson’s extraordinary personal story of raising her transgender child, Georgie Stone, who has become a voice not just for other transgender kids – but for an emerging generation.

Two special non-fiction author encounters to whet your appetite ahead of Word for Word festival in November. www.wordforwordfestival.com.au