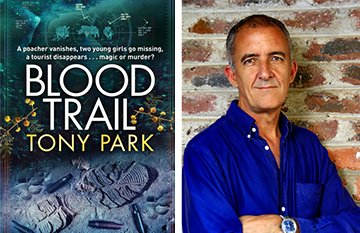 Meanwhile Captain Sannie van Rensburg, still reeling from a personal tragedy, is investigating the disappearance of two young girls who locals fear have been abducted for use in sinister traditional medicine practices. But poachers are also employing witchcraft, paying healers for potions they believe will make them invisible and bulletproof.

When a tourist goes missing, Mia and Sannie must work together to confront their own demons and challenge everything they believe, and to follow a bloody trail that seems to vanish at every turn.

Tony Park is the author of 19 bestselling thriller novels set in Africa. His 18th, Last Survivor, reached number one in South Africa. Tony grew up in the western suburbs of Sydney and has worked as a newspaper reporter, a press secretary, a PR consultant and a freelance writer. He also served 34 years in the Australian Army Reserve, including six months as a public affairs officer in Afghanistan in 2002. He and his wife, Nicola, divide their time equally between Australia and southern Africa. 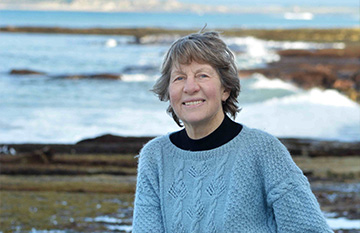 Join local mystery writer Dorothy Johnston and the Queenscliff Library for a walk and talk around some of Queenscliff's most intriguing literary landmarks.

Starting at Hotel Q (the old Royal), walk down Mercer Street to Henry Handel Richardson’s house, continue on to the checkpoint at the bridge leading to Swan Island, then up Gellibrand Street, pausing on the way to look out towards the pilot’s operation centre then past the police station and finish at the Fort.  All of these locations are featured in Dorothy’s novels.

Dorothy Johnston was born in Geelong and now lives in Ocean Grove. She is currently working on a sea-change mystery series set in Queenscliff. The first three titles are Through a Camel’s Eye, The Swan Island Connection and Gerard Hardy’s Misfortune.

Please note, this event involves moderate walking and participants will need to dress warmly and bring an umbrella.

Dorothy’s books will be available for purchase and signing at the end of the walk.

In the lead up to NAIDOC Week, join us for this unique new novel featuring Wiradjuri language throughout, by Wiradjuri woman, Dr Anita Heiss.

Set in Gundagai in 1852, on timeless Wiradyuri country, Bila Yarrudhanggalangdhuray (River of Dreams) tells a story of courage, connection and belonging which is both universal and deeply personal. The powerful Murrumbidgee River surges through town leaving death and destruction in its wake. It is a stark reminder that while the river can give life, it can just as easily take it away.

Dr Heiss will be joined by facilitator Belinda Duarte, a Wotjobaluk, Dja Dja Wurrung descendant and CEO of Culture is Life. 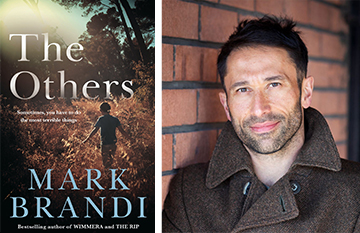 *IN-PERSON* Mark Brandi - The Others

From the bestselling author of Wimmera and The Rip comes an unforgettable novel that explores the darkness in our world with the light only a child can find.

The only things he knows for sure are what his father has taught him. Sheltered, protected, isolated. But who is his father protecting him from? And how far will his father go to keep the world at bay?

All too soon, Jacob will learn that, sometimes, people do the most terrible things. 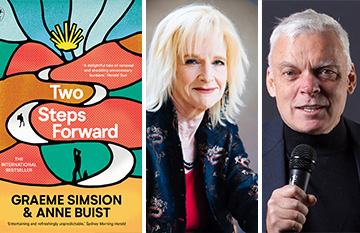 Three years after life got in the way of their long-distance relationship, Californian artist Zoe and English engineer Martin have an unexpected opportunity to reunite: a second chance to follow in the footsteps of pilgrims in Europe.

This time, they won’t be walking the famous Camino de Santiago to north-west Spain but the less-travelled Chemin d’Assise and Via Francigena to Rome, along the mountainous paths from rural France.

Two Steps Onward is the wise, witty and wine-filled follow-up to Two Steps Forward. It’s about helping the people you love, and knowing when to let go, figuring out what you really want in life, and seizing your chances before it’s too late. 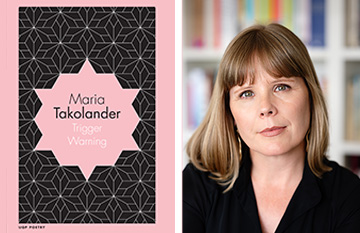 Trigger Warning is not for the fainthearted, but neither are the elemental realities of domestic violence and environmental catastrophe that these astonishing poems address.

Comprised of three sections, the first summons a difficult personal history by conversing with poets – from Sylvia Plath to Anne Carson – whose dramatised confessions trigger Takolander’s own. The second part remains focused on the domestic, while redeeming that scene of trauma through a reinventing wit. The final section of this extraordinary book turns its attention outside, playing with poetry itself in order to confront the Anthropocene and the final frontier of death. This is poetry that balances ruthlessness and lyrical beauty; poetry alive to its time and audience; poetry not to be missed. 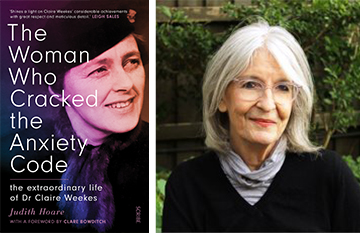 The Woman Who Cracked the Anxiety Code

The true story of the little-known mental-health pioneer who revolutionised how we see the defining problem of our era: anxiety.
Panic, depression, sorrow, guilt, disgrace, obsession, sleeplessness, low confidence, loneliness, agoraphobia … Dr Claire Weekes knew how to treat them, but was dismissed as underqualified and overly populist by the psychiatric establishment. In a radical move, she had gone directly to the people.

Her international bestseller Self-Help for Your Nerves has helped tens of millions of people, and continues to do so. Yet even as letters and phone calls from readers around the world flooded in, thanking her for helping to improve — and in some cases to save — their lives, Dr Claire Weekes was dismissed as underqualified and overly populist by the psychiatric establishment. Just who was this woman, and what was her very valuable advice?