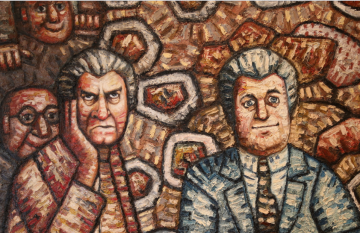 A film about controversial artist and Archibald Prize Winner Keith Looby, followed by a Q&A with the film's producers Merilyn Alt and Sean Murphy.

In celebration of the 100th anniversary of the Archibald Prize, and the Archie 100 exhibition at Geelong Gallery, join us for a free screening of Looby, a documentary on controversial painter and winner of the 1984 Archibald Prize, Keith Looby.

The screening will be followed by a Q&A with the film’s producers Merilyn Alt and Sean Murphy.