*ONLINE* Barry Jones – What Is To Be Done

When Sleepers, Wake! was released in Australia almost four decades ago, it immediately became influential around the world. Now its author, the polymath and former politician Barry Jones, turns his attention to what has happened since — especially to politics, health, and our climate in the digital age — and to the challenges faced by increasingly fragile democracies and public institutions. What Is to Be Done is a long-awaited work from Jones on the challenges of modernity and what must be done to meet them.

Barry Jones was born in Geelong, Victoria, and educated at Melbourne High School and the University of Melbourne, where he studied arts and law. At the age of 87, he is officially recognised as a national living treasure. 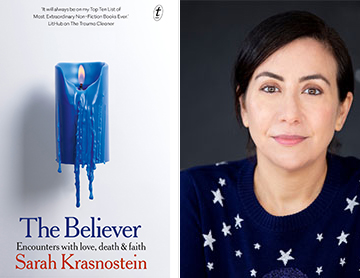 From the bestselling author of The Trauma Cleaner.

This book is about ghosts and gods and flying saucers and certainty in the absence of knowledge.
From award-winning author Sarah Krasnostein comes an exploration of the power of belief. Weaving together the stories of six extraordinary ordinary people, The Believer looks at the stories we tell ourselves to deal with the distance between the world as it is, and the world as we’d like it to be. How they can stunt us – or save us.

Some of the people you will meet believe in things most people don’t. Ghosts. UFOs. Heaven and the Devil. The literal creation of the universe in six days.

Others believe in things most people would like to. Dying with autonomy. Facing one’s own transgressions with an open heart. 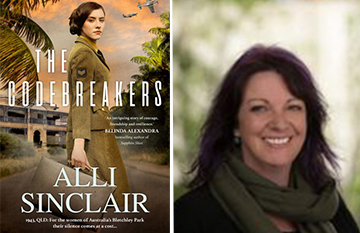 A compelling story about tenacity and friendship, inspired by the real codebreaking women of Australia's top-secret Central Bureau in WWII. An Australian Heritage Festival event.
1943, Brisbane: The war continues to devastate and the battle for the Pacific threatens Australian shores. For Ellie O’Sullivan, helping the war effort means utilising her engineering skills for Qantas as they evacuate civilians and deliver supplies to armed forces overseas. Her exceptional logic and integrity attract the attention of the Central Bureau-an intelligence organisation working with England’s Bletchley Park codebreakers. But joining the Central Bureau means signing a lifetime secrecy contract. Breaking it is treason.  As Ellie struggles with the magnitude of the promise she’s made to her country, a wedge grows between her and those she holds dear. When the man she loves asks questions she’s forbidden to answer, how will she prevent the double life she’s leading from unravelling? 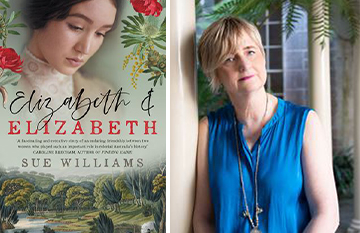 Two courageous, tough and influential women, and a friendship that helped shape colonial Australia.
The story of how two women, who should have been bitter foes, combined their courage and wisdom to wield extraordinary power and influence behind the scenes of the fledgling colony.

Moving in the same social circles and embroiled in the same politics, gradually the two women found common ground and supported each other through the difficulties of colonial life.